Softwares
Posted on December 15, 2015 by admin in Softwares 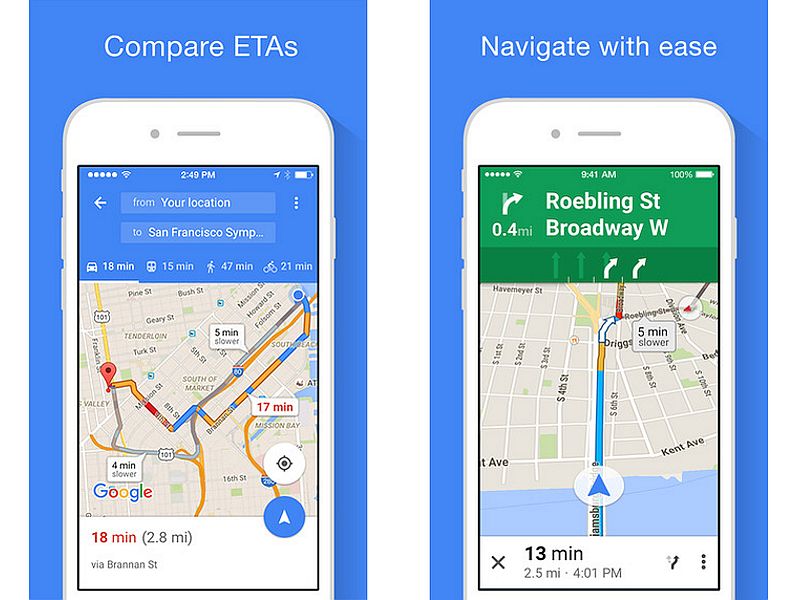 With the update, Maps users on iOS will be able to get improved offline maps support and can also download a region on the map for offline use – allowing users to then navigate using GPS and other location services not requiring an Internet connection. When the phone is connected to a good network, the app will automatically go online and offer other Maps features such as live traffic updates. Notably, the ability to download and use Google Maps offline has been available for a while now, but this is the first time Google is offering other features like turn-by-turn navigation and providing information about places, like hours of operation, contact information, as well as ratings.

It’s worth noting that Google Maps apps listing in App Store shows the changelog for new version 4.13.0 without any mention of offline navigation. It says, “See popular times at more than a million places around the world.”

A Google spokesperson however confirmed to Mashable that the latest app update brings offline navigation to the iOS platform. Further, the spokesperson added that it may take a few weeks before the “functionality is available to all users”.

The latest Maps for iOS update also brings up-to-date gas prices when searching for gas stations in the US and Canada. The gas prices will be available in both map view as well as search results. Google, as of now, has not revealed whether the feature will be made available outside the US and Canada. The update also brings bug fixes and other improvements.