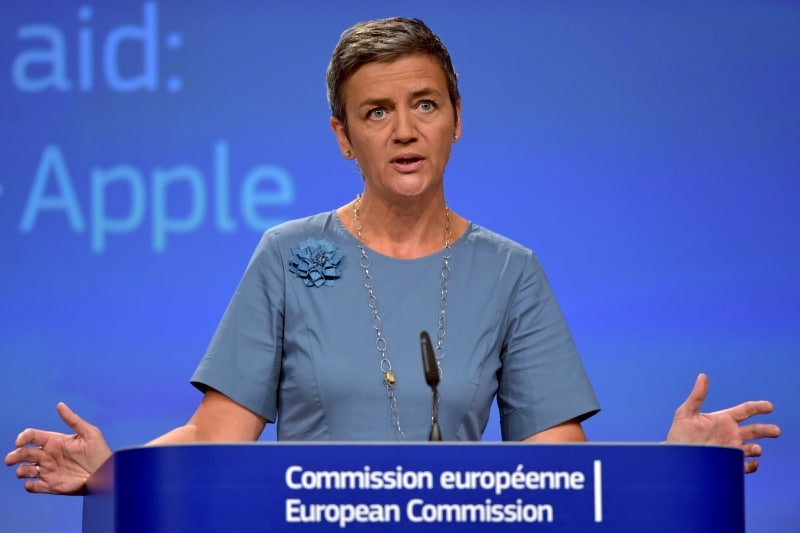 Ireland’s fragile minority government meets for crunch talks to resolve a stalemate on Friday after an EU ruling on Apple that has divided the country and undermined a cornerstone of its economic policy.

Ireland needs to decide whether to appeal the ruling to take EUR 13 billion ($15 billion) in taxes from the US tech giant, with growing public pressure to use the money to ease the pain of years of austerity.

The money is equivalent to around five percent of Ireland’s gross domestic product last year and almost all of its annual healthcare budget.

Finance Minister Michael Noonan described the landmark European Commission verdict on Tuesday as “bizarre” and vowed to challenge the finding that Ireland had given Apple special treatment.

But an emergency cabinet meeting on Wednesday that had been expected to fast-track the appeal to the European Court of Justice failed to reach a consensus.
Instead independent ministers in the coalition government have refused to agree, and sought an early recall of parliament to vote on the issue.

The Irish Times newspaper described the EU Commission’s ruling as a “mini-earthquake”, saying that an inability to agree a common strategy could “end with the crumbling of the coalition” and cause early elections.

‘Do the right thing’
Ireland’s minority government, led by the Fine Gael party, includes a number of independents and relies on the support of the main opposition Fianna Fail party, which is likely to back an appeal against the EU ruling.

Some in the government believe Ireland cannot afford to undermine its tax policies, one of the main planks of a highly successful inward investment strategy that has consistently attracted the world’s top tech and pharma multinationals over the past three decades.

Others believe Ireland should take the money the European Commission says it is owed and spend it on services or build more affordable homes to deal with a housing crisis.

Ireland has two months to lodge an appeal against the ruling.

The concern for government is that public opinion could strengthen against an appeal in the run-up to a tough budget scheduled for October, which will have to deal with the economic fall-out for Ireland from neighbouring Britain’s vote to leave the European Union.

Fianna Fail technology spokesman James Lawless said Ireland had to appeal but admitted this would be difficult to explain to voters who wanted the money “gift-wrapped on their doorstep”.

“I would be more interested in preserving Ireland’s sovereign tax status,” he said, accusing the European Commission of interfering in Ireland’s tax affairs.

“Ireland has been caught in the crossfire between the United States and Europe,” he said.

On Thursday, Apple chief Tim Cook turned up the heat further stating his belief that the Irish government “would do the right thing”.