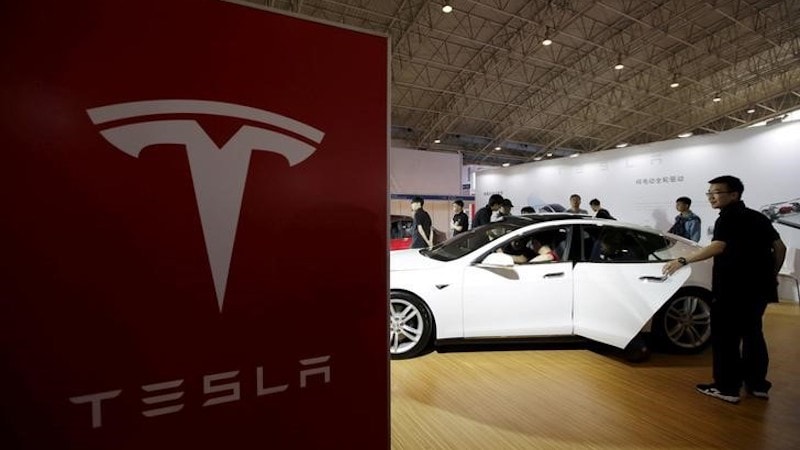 Tesla, the upstart all-electric automaker that once landed Consumer Reports’ best-ever performance rating, has now achieved a far less impressive feat, with a ranking from the reviewer that labels it one the least reliable car companies in America.

The Consumer Reports’ ranking, released Monday, places Tesla at No. 25 of 29 for reliability, with reviewers saying the automaker’s new Model X SUV “has been plagued with malfunctions,” including with the “falcon-wing doors” that have become its signature.

The rough review, based on annual surveys of the magazine’s subscribers, marks only the latest hurdle for America’s youngest major automaker, which has energized the country’s scrawny electric-car industry but has also struggled with repeated production and delivery delays.

Tesla’s sedan, the Model S, was recommended by reviewers after its reliability scores improved from what Consumer Reports last year called a “worse-than-average overall problem rate.”

But the Model X, which first rolled out to drivers last year and now starts at $74,000 (roughly Rs. 49,398,70), was panned by drivers frustrated by problems with doors, locks, latches, power equipment, in-car electronics and the climate system. It ranked last for reliability among a dozen luxury mid-sized SUVs.”It shouldn’t come as a surprise to anyone that there’s been mechanical problems with the Tesla Model X,” Jake Fisher, director of automotive testing for Consumer Reports, said in an interview.

“They’ve taken this very basic platform with the Model X and added so many overly complicated features: the front doors are power automated, the middle-row seats are on power sliders,” Fisher said. “All those things add up in a way that can bring the platform down.”

Musk, Tesla’s billionaire commander, has said himself that the Model X – with its single-pane windshield-roof and air-filtering “bioweapon defense mode” – may have been a bit too ambitious.

“In retrospect, it would’ve been a better decision to do fewer things with the first version of Model X,” Musk said in February. “I think there was some hubris there with the X,” he added, before reiterating that it was “the best car ever.”

A Tesla spokesperson said the company had resolved many issues since the Consumer Reports survey was conducted last spring, and pointed to other industry awards, including industry consultant AutoPacific’s recent ranking of Tesla as “the most satisfying premium brand.”

“We are committed to making the world’s most reliable cars,” the spokesperson said in a statement. “The amount of issues we’ve addressed with Model X has fallen by 92 percent in the last 12 months, a reflection of our ability to make continuous improvements and react quickly.”

Consumer Reports reviewers also said they had “serious concerns” about how Tesla and other automakers had designed and marketed semi-autonomous technologies such as Tesla’s “Autopilot,” which can accomplish many of the tasks of driving, such as changing lanes and keeping speed on the highway, but not fully drive the car itself.

Crashes by Autopilot-equipped cars, including a fatal Florida crash in May, have led critics to suggest Tesla is dangerously touting the cars’ self-driving capabilities. Consumer Reports has now placed alerts on Tesla’s cars saying “automakers should take stronger steps” to ensure the systems are deployed safely.