News Updates
Posted on February 26, 2017 by admin in News Updates
The US Federal Communications Commission will block some Obama administration rules that subject broadband providers to stricter scrutiny than websites, a spokesman said on Friday, in a victory for internet providers such as AT&T, Comcast and Verizon Communications. 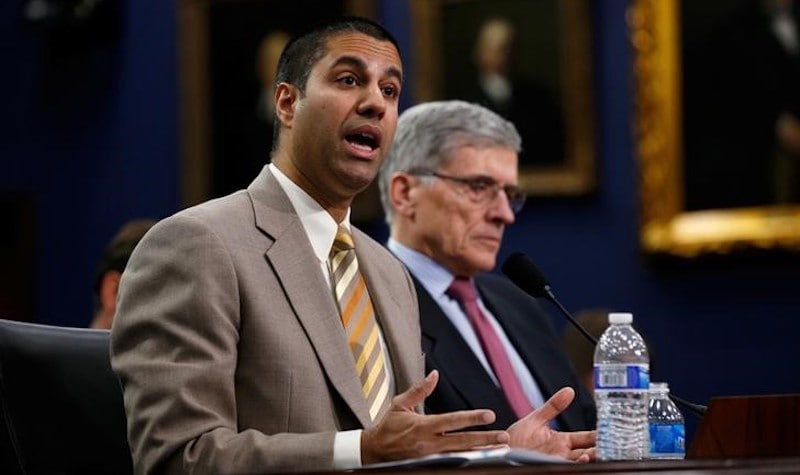 The rules approved by the FCC in October in a 3-2 vote were aimed at protecting sensitive personal consumer data. Ajit Pai, the FCC chairman appointed by President Donald Trump, believes all companies in the “online space should be subject to the same rules, and the federal government should not favor one set of companies over another,” said FCC spokesman Mark Wigfield.

Pai plans by March 2 to delay the implementation the data security rules, Wigfield said. Some other aspects of the rules are under review by the White House Office of Management and Budget. A temporary stay is a first step toward permanently blocking the rules, analysts said Friday.

For less sensitive information such as email addresses or service tiers, consumers would be able to opt out.

Democratic FCC Commissioner Mignon Clyburn said in a statement Friday that “Chairman Pai is determined to take action that leaves consumers without a cop on the beat protecting their personal information from misuse by their broadband service provider.”

Republican commissioners including Pai, said in October the rules unfairly give websites the ability to harvest more data than service providers and dominate digital advertising.

Pai said in October the FCC “adopted one-sided rules that will cement edge providers’ dominance in the online advertising market.” Google and Facebook account for about two-thirds of all digital ad revenue.

Former FCC Chairman Tom Wheeler, who authored the privacy rules, said on Friday that they are necessary because consumers have few options when it comes to broadband providers. “The fact of the matter is it’s the consumer’s information,” he said. “It’s not the network’s information.”

Berin Szoka, president of TechFreedom, said Pai’s decision was a good move because “because the real question isn’t a policy question but a legal one: does the FCC even have authority to regulate broadband privacy?”