Android
Posted on March 20, 2019 by Rakesh Sashmal in Android 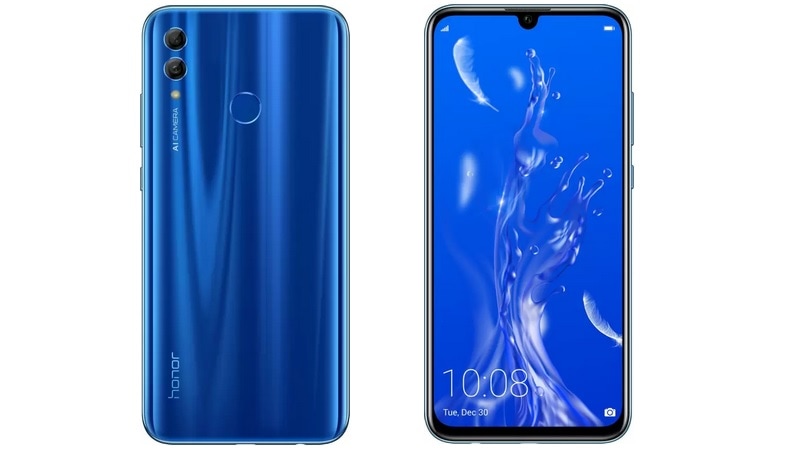 Honor 10 Lite is getting a new storage variant in India. Honor, the sub-brand of Huawei, on Monday launched the 3GB + 32GB version of the smartphone in the country. The new Honor 10 Lite variant joins the two existing models of the phone – 4GB + 64GB version and 6GB + 64GB version. The rest of the specifications of all three variants remain the same, including 6.21-inch display, Kirin 710 SoC, and 3,400mAh battery.

The Honor 10 Lite’s new variant with 3GB of RAM and 32GB of internal storage carries a price tag of Rs. 11,999. The smartphone comes in Sapphire Blue and Midnight Black colour options and is now available from Flipkart. The e-commerce giant is offering no-cost EMI offer and an exchange discount of up to Rs. 11,950 on the Honor 10 Lite. Additionally, HDFC Bank debit card holders can get an instant discount of 5 percent on EMI plans, while purchases made using an Axis Bank Buzz credit card will also be eligible for 5 percent instant discount.

Aside from the reduction in the amount of RAM and internal storage to 3GB and 32GB respectively, the remaining specifications of the Honor 10 Lite’s 3GB variant remain the same as its higher-end siblings. The dual-SIM (Nano) smartphone boots EMUI 9 based on Android Pie and packs a 6.21-inch full-HD+ (1080×2340 pixels) display with a dewdrop notch and a screen-to-body ratio of 91 percent.

The Honor 10 Lite is powered by the 12nm HiSilicon Kirin 710 SoC and comes with support for the GPU Turbo 2.0 technology for enhanced gaming performance. In the imaging department, the device packs a 13-megapixel primary sensor with f/1.8 aperture and a 2-megapixel secondary sensor on the rear, while a 24-megapixel camera with f/2.0 aperture takes care of selfies. The Honor 10 Lite’s internal storage can be expanded via a microSD card (up to 512GB), and it draws power from a 3,400mAh battery.