Android
Posted on May 4, 2019 by Rakesh Sashmal in Android 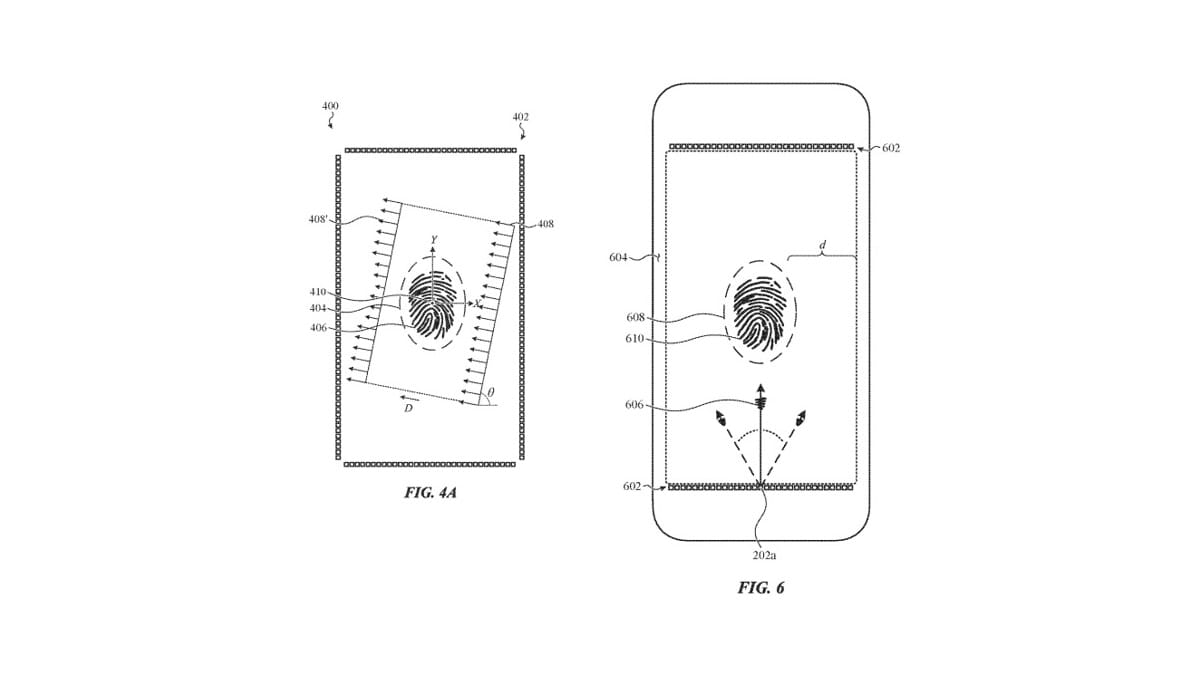 Apple has been granted a patent that describes a new technology that could allow the iPhone maker to include an in-display fingerprint sensor on its smartphones. The patent, which is titled “Methods of biometric imaging of input surfaces”, was filed by the company back in 2016 and has just been approved by the US Patent and Trademark Office (USPTO). The patent describes the company’s invention around acoustic imaging system. It is unclear if the company will actually use the technology in a commercially available device as since 2016, Apple has moved its focus to Face ID instead of Touch ID.

The acoustic imaging system described in the new Apple patent includes a set of acoustic transducers that can convert mechanical energy into electrical signal or vice versa. These transducers will be able to detect and convert the mechanical wave generated by anything placed on the screen, including a fingerprint, into an electrical signal. This signal would then be reconstructed into an image of the fingerprint for authentication. Apple’s implementation is very different from the current crop of in-display fingerprint sensors.

The same technology can be used detect other body parts (ears, palm, cheek, face), biometrically unique features (scars, skin patterns, etc.), and even read the user’s heart rate and other vital signs. The technical details of Apple’s implementation can be found in the patent application on USPTO website(the link was not accessible at the time of publication). The patent was first spotted by Patently Apple.

As we mentioned earlier, it is unclear if we will ever see the technology’s implementation in Apple iPhone or iPad models, but it can certainly allow the company in bringing some new and interesting features of its devices.