Softwares
Posted on May 11, 2019 by Rakesh Sashmal in Softwares 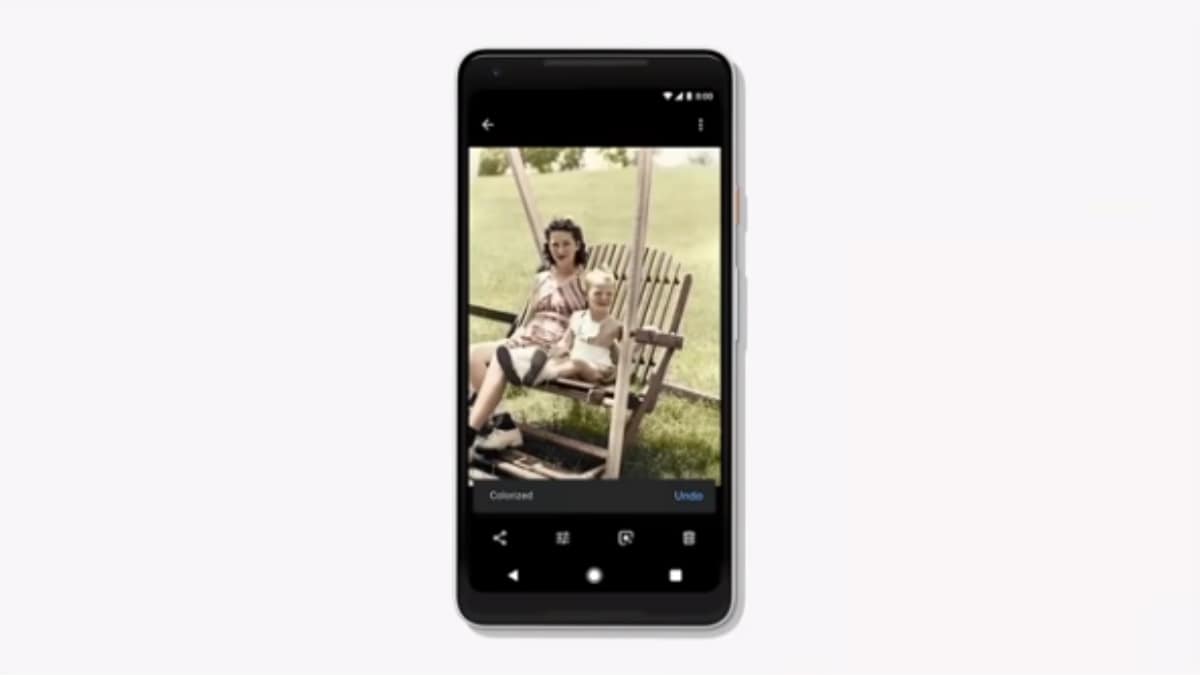 At I/O 2018 last year, Google promised a couple of features for Google Photos with a rollout slated for a few months later. One such promised feature was Colorize that enabled users to revive a black and white photo into a coloured image. Google said that it managed to achieve this using its Tensor Processing Unit chips that power all these new features. The Colorize feature received a loud applause during the keynote, and was anticipated to release soon, but the company hasn’t managed to roll it out yet. Now, one year later, Google has finally announced an update regarding the delay.

Product Lead for Google Photos, David Lieb, announced on Twitter that the feature wasn’t ready yet for a commercial release. He said that Colorize is still in the works and the company doesn’t want to rush it out, before fine-tuning all the loopholes. To give an example, he shared a video showing how the Colorize feature still had errors. In the video, Lieb tried to Colorize his 104 year old grandfather’s wedding photo, and the feature coloured his grandpa’s pants to pink. He added, “You can see we have some work to do; my grandfather didn’t wear pink pants to his wedding!”

Lastly, Lieb said that he hopes to release Colorize in beta soon, but didn’t offer an exact timeline for the launch.

Google also announced a Color Pop feature alongside, and that was rolled out to few Android users soon after. The feature used artificial intelligence (AI) to transform background into black and white while continuing to show colours on the subject of the photo.