Android
Posted on June 21, 2019 by Rakesh Sashmal in Android

Samsung Galaxy Fold launch was put on hold after several display issues were reported by early reviewers. Now, Samsung Display Vice President Kim-Seong-cheol has confirmed that most of the display problems have been fixed, and the Galaxy Fold is ready to hit the market. He still refrained from giving out an exact launch date, but his statement indicates that it could be sometime soon. Recently, it was reported that the relaunch could be as soon as in the ‘coming weeks’. 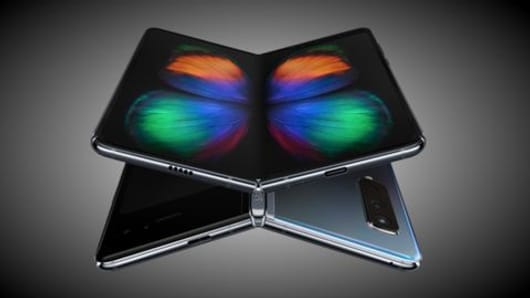 Samsung Display will be the prime supplier of foldable displays for the Galaxy Fold, and VP of Samsung Display has now confirmed that ‘most’ issues linked with the screen have been solved, reports The Investor. “Most of the display problems have been ironed out, and the Galaxy Fold is ready to hit the market,” Kim Seong-cheol said. The executive was speaking at a conference held by The Korean Information Display Society in Seoul.

Kim also asserted that the company had high expectations from the Galaxy Fold, and that “it will receive a lot of attention in the market” whenever it is finally released. While a report suggested that a new launch date was expected within weeks, but Samsung recently released a statement denying that its flagship device will be reintroduced before the end of July.

Samsung will have to make sure that all issues are resolved, and that its foldable display is functioning perfectly before it relaunches the phone in the market. Multiple reviewers who had been given pre-release units after the pre-MWC launch, posted photos and videos of their devices’ screens failing. In at least one case, the screen cracked completely, and in another, it bulged near the crease. Samsung decided to postpone the launch indefinitely, and even cancelled pre-orders.