Android
Posted on February 4, 2020 by Anindita Ghosh in Android 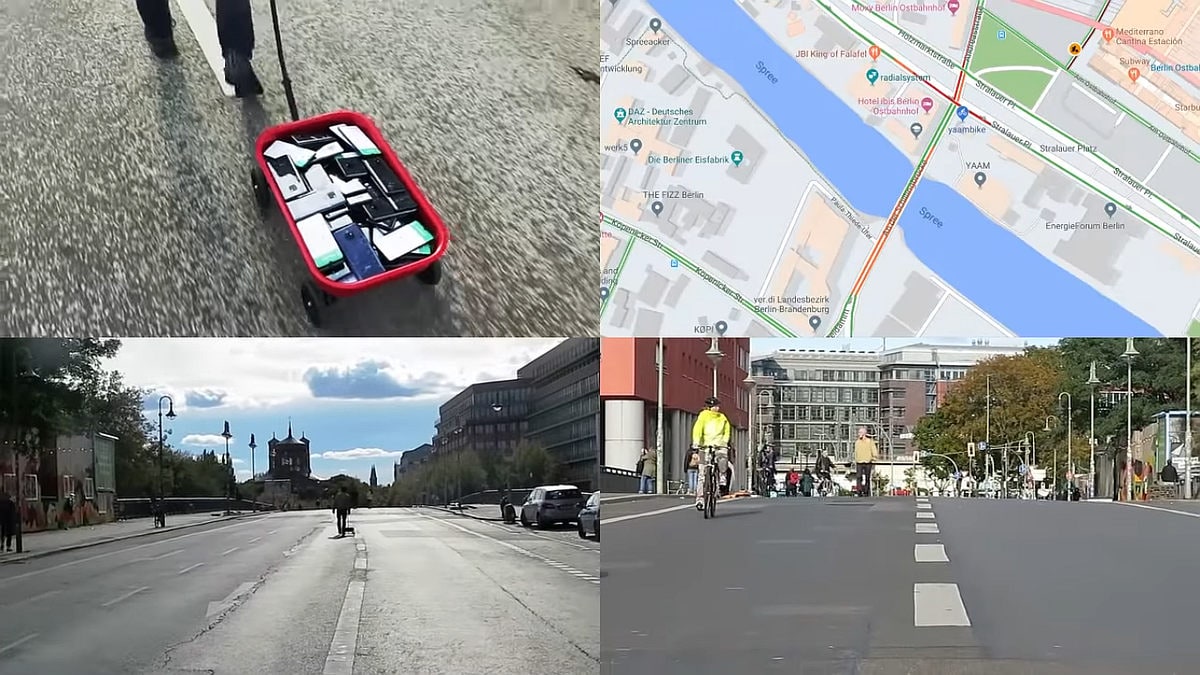 Google Maps may just have been fooled by a relatively simply hack, if a new video is to be believed. Google’s Maps service is an invaluable tool for anyone who drives a car in a big city, offering details on traffic snarls or bottlenecks on major roads. A lot of us religiously check Google Maps before going anywhere, to properly plan our routes. Google itself runs ad campaigns encouraging users to do the same. But the system isn’t foolproof and can be deceived, as hilariously demonstrated by a man in Berlin who used 99 smartphones and a hand cart to create ‘fake’ traffic jams in the German capital.

Simon Weckert, a Berlin-based artist, pulled off the stunt and detailed his findings in a video published on his YouTube channel, as well as on his own blog. In the video, Weckert is shown pulling 99 smartphones with location turned on in a hand cart on city streets, including the street right outside Google’s office in Berlin.